My first multicolor project (which I mentioned while talking about a different sweater) is still going on. Not the multicolor part — no, I finished that. Here’s how it looks… 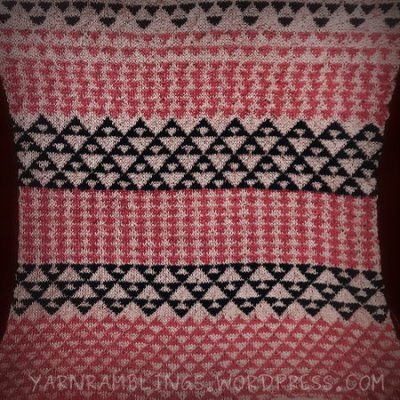 I’m knitting a few rows of this most days, and inching closer to completion. Kinda reminds me of the song Waves by Mr. Probz — “Wave after wave, wave after wave… I’m slowly drifting…” For this project — “Row after row, row after row… I’m slowly knitting…“

5 thoughts on “Triangles in the works”